When You're One Of The Oldest Moms On The Playground

I’m 46. I’m perimenopausal. My son is 3. I’m one of an estimated 1.2 million U.S. women 40-plus raising a child under 10, according to the Centers for Disease Control and Prevention’s National Center for Health Statistics. This number has been climbing steadily for the past three decades, and the trend seems likely to continue.

Whether we’re trying to convince ourselves that high-waisted jeans are not the same thing as mom jeans or introduce age-appropriate ideas about consent to our toddlers, we more seasoned mothers of young kids face challenges younger moms don’t, but we’re also reaping some unexpected benefits. Here’s what I learned from my entirely unscientific survey:

We’re tired. So, so tired. I have yet to recover from the sleep deprivation I experienced during the first four months of my son’s life, during which he never closed his eyes for more than three hours at a stretch. It was like boot camp led by an 8-pound drill sergeant. The infant nightlife — the endless feedings, diaper changes and bouts of wailing — would have been easier if I’d been a sprightly 20-something. It’s that sleep deficit, plus the decline in stamina due to all the muscle mass I’ve apparently lost since I turned 30, that forces me to recline on the sofa and scroll through my Facebook feed when I should be playing hide-and-seek with my kid.

“I haven’t had a good night’s sleep in 17 years,” revealed a friend whose children were born when she was 39 and 41. “Between pregnancy, nursing, co-sleeping, night toilet training and perimenopause, I don’t know what it feels like to sleep through the night without drugs anymore.”

We struggle with new norms. A former coworker of mine, who was almost 43 when her son was born, still can’t believe her then-kindergartener had to attend bus practice. As in, the kids practiced waiting for the school bus. She thinks activities like this are representative of cultural pressure to over-parent. Her son is now 11, and she thinks her own more hands-off Gen-X childhood helps remind her and her husband that “We don’t need to completely run our son’s life. We need to empower him to run his own life.”

And some new norms reveal our own old attitudes. Once, at the end of a playdate, my usually undemonstrative son kissed a female classmate on the lips. I tried to look stern as I delivered the mandatory lecture on consent (“We don’t kiss people without their permission!”), but I was tickled. His classmate’s nanny hasn’t agreed to a playdate since.

We think we’re better parents. “I think that my age and life experience allow me to be more laid back,” says one of my oldest friends, whose kids were born when she was 38, 41, and 42. “When it comes to other peoples’ opinions, I am a lot less likely to fall prey to the group mentality or even to take recommendations at face value.” Me, too — I’d never realized that wanting to fit in and worrying about what other people think was something I’d outgrow, like car sickness or the desire to leave my apartment after 6 p.m. But since I turned 40, I’ve developed the ability to trust my judgment and have confidence in my choices. That makes life (and parenting) so much easier.

Furthermore, “I could not have managed childbearing and motherhood prior to age 35 — emotionally and psychologically I was a wreck,” says the mom who hasn’t sleep well in nearly two decades. But by the time her children were born, “I wasn’t worried about what I might be missing. I had no hankerings for more nightlife or anything like that. And I felt like a much more grounded person in my late 30s early 40s, and I could be a more stable and emotionally available parent.”

My high school classmate echoed her: “I am much more patient as a person now than I was at, let’s say, 26.” This allows her to “consciously decided how to interact with [my daughter] at every level. I want to be a better parent to her.”

I, too, am much more patient than I used to be. Of course, maybe I’m just too tired to get annoyed when my son refuses to go to the bathroom because, as he insists: “I’m a race car like Lightning McQueen, and race cars don’t have penises!” Whatever, kid. I need a nap. 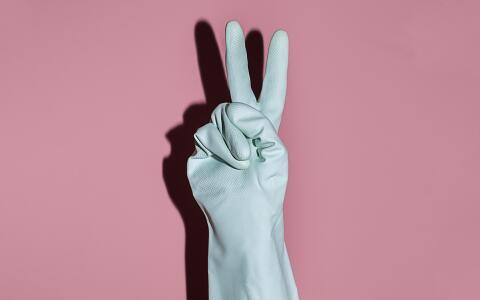